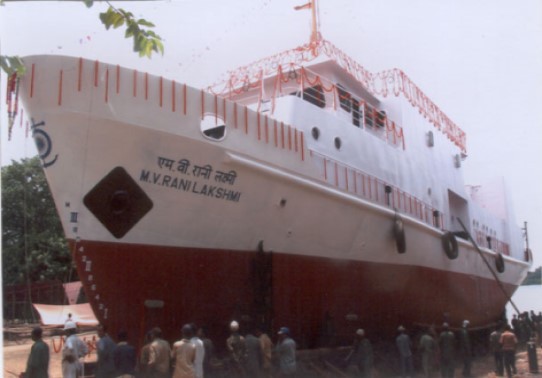 The Company was established more than decades ago by Turner Morrison Group of Companies, U.K. for the purpose of construction and repair of Ships, which grew to be one of the biggest Ship Repairing Units in India during the British Rule. After independence, the ownership of the Company was changed severally before the acquisition by the State Govt. of West Bengal and thus The Shalimar Works (1980) Limited was undertaken in 1981.The Company, once again, emerged as a major shipbuilding and ship-repairing unit in the Eastern Coast of India. Since then, the Company is primarily engaged in Shipbuilding, Ship-repairing, General Engineering and Project Activities. During this period the Company has constructed various type of vessels e.g. Passenger Vessels, Fuel Barges, Tugs, Survey Vessels, Tourist Launches, etc., and has delivered successfully to INDIAN NAVY and various PORT TRUSTS. Notably in the past it  also successfully delivered 10 nos. vessels , 100 Passenger Ferry, Vehicle Ferry, 400T Cargo Vessel and Water Barge as per requirement of the Administration.
The Company has also undertaken Ship-repairing of various Tugs, Survey Vessels, Passenger Vessels, Dredgers, and Launches for Kolkata Port Trust, Haldia Dock Complex, Paradeep Port Trust, IWAI, WB Tourism, etc.