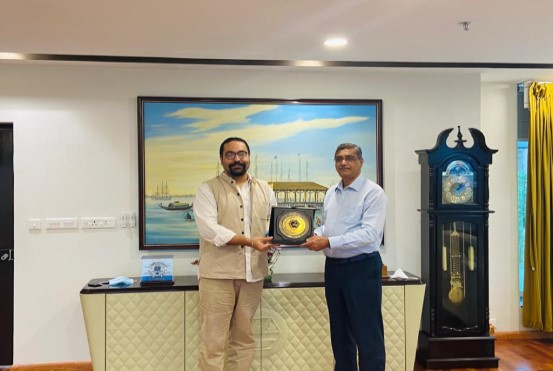 The CMD of GRSE Mr.Vipin Saxena Had a discussion with Chairman, Shalimar Works Date: 22nd June, 2021

The shipyard is capable of manufacturing small-size ships and can also engage medium-size ship for repairing. Its major work in the past involved repairing ships for the Kolkata Port Trust and fabricating vessels for the Tourism department and the Union Territory of Andaman and Nicobar Islands.

In early 2012 it had orders for 15 auxiliary and service ships worth 250 crores from Indian Navy and were planned be serviced by 2018. The orders included two 500 ton barges, three 50 Men ferries and three 200 ton barges. In June 2012, the shipyard delivered its first vessel built for the Indian Navy

As of 2012, the shipyard has capacity to process and repair 5 vessels at a time. It plans to implement a Rs 70 crore modernisation plan to develop warship building capacity and has sought the cooperation of the Calcutta Port Trust for expansion. The company is also planning to shift operations to Haldia.